TOUGH CONDITIONS IN GLANDORE FOR THE MARCONI CUP 2022 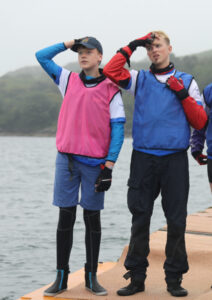 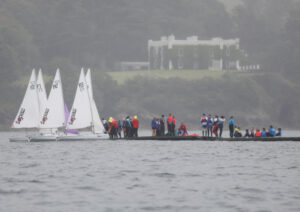 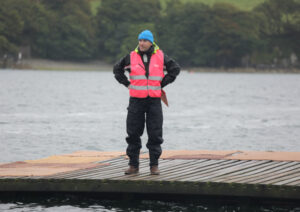 Four West Cork Sailing Clubs gathered in Glandore for the annual junior Team Racing Regatta Saturday, 23rd July, Glandore Harbour Yacht Club hosted the annual West Cork interclub team racing regatta. The event had been absent for the past two years due to Covid so excitement had been building for weeks along the coast of West Cork in anticipation of its return. One team from Baltimore Sailing Club, two teams from Crookhaven Sailing Club and one team from Bantry Bay Sailing Club all travelled to Glandore to race the two home teams from Glandore Harbour Yacht Club.

The Marconi Cup is made up of two events, a relay race and a team event. The team event is a round robin race format around a digital N course and the winner of the regatta is decided based on the combined results from these two events. Current holders, Crookhaven, were eager to retain the title. The organisers were especially excited this year to have two official Irish Sailing team umpires attend to judge the event, Eunice Kennedy and Dave Sheahan. They had their work cut out for them with over 50 highly competitive and charged sailors on the water.

The weather was closely monitored in the days before the event with a 28kn to 44kn Southerly wind forecast to hit the harbour in time with the first gun and the potential for a small craft warning to be in place. The Race Committee met on Friday evening and a morning weather window was identified. The race briefing was brought forward to 8am, with First Gun at 9am. With the Regatta briefing and safety briefing complete the sailors hit the water and the relay race was in sequence by 09.15. Home advantage proved a winner for GHYC with them leading the race from the start. Two good crew changeovers on the pontoon helped them take the gun and ultimately the lead in the regatta.

The Round Robin team races were up next. On cumulative scores Crookhaven 1 came out just ahead of the Baltimore Bulls, then only a hair’s breadth separated GHYC Adam and GHYC Eve teams, who were followed by the Nauti Bouys (Bantry Bay Sailing Club) with the second Crookhaven team bringing up the rear. Unfortunately, with the weather window closing the final two team races were abandoned for safety reasons and all sailors were ordered to shore. The race officers and umpires retired to calculate results and after derigging the sailors were all welcomed to the GHYC clubhouse where a BBQ for competitors and sailors was a welcome way to help warm up and debate the morning’s racing.

After everyone had dried off and the race committee had double checked the results GHYC Commodore, Tim Forde, began the prize giving. He started by thanking the incredible organising committee of the event especially as this was the third year GHYC had attempted to run it only to be hijacked by Covid in both of the previous two years. A special mention was given to Harriet Emerson, GHYC Dinghy Captain, who had put countless hours into making the event such a success and a big roar from the GHYC team followed. Tim also thanked the two umpires, Eunice Kennedy and Dave Sheahan, for travelling to Glandore for the event. Baltimore Sailing Club was then presented with the Sportmanship Award, GHYC won the Relay Race and Crookhaven Sailing Club was presented with Cup and crowned 2022 Marconi Cup Champions!

Needless to say these events cannot happen without the generosity of sponsors and this year GHYC was very grateful to McCarthy Insurance Group who sponsored the running costs of all the support vessels on the water and JMC Parts, Reenascreena who sponsored GHYC teams’ racing kit.

The race umpires were impressed by good and, at times, very good tactical team racing from the West Cork sailors. They also complimented GHYC on their smooth running of the event and organisers teamwork that delivered such a successful, competitive and fun event in very challenging weather conditions. Despite the awful weather conditions everyone left Glandore with full tummies and happy after a successful mornings racing already looking forward to Marconi 2023 which will be held in Crookhaven Sailing Club.  Heather Mahmood. 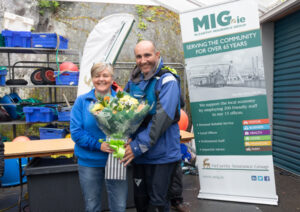 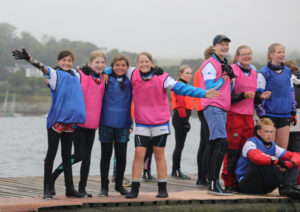 The Marconi Cup was inaugurated in 2001 by Crookhaven Sailing Club as a way to bring local sailing clubs together and is now an important Summer club event for all West Cork junior sailors aged 18 and under. The regatta is named after the famous Nobel prize winning Italian engineer Guglielmo Marconi who pioneered the development of radio transmission. In 1919 he achieved the first trans-Atlantic wireless telephone conversation. Before this Marconi had developed his technology using signalling stations on the Fastnet Rock and Brow Head near Crookhaven. Such was the monumental importance of Marconi’s work in West Cork is that it is likely no one would have survived the Titanic disaster only the ship got out a wireless distress call using Marconi’s invention. 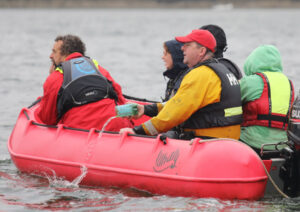 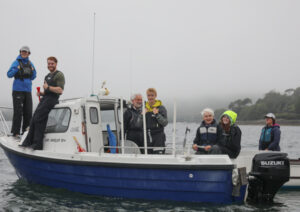 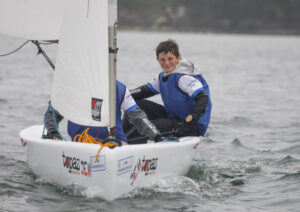 All photos courtesy of Kathleen Hayes

Training Dates for May

GHYC regrets to advise that due to the Covid-19 pandemic, we are unable to hold the JPF 2020 Glandore Classic Regatta. We are still considering whether to hold an event in 2021, or reschedule it for 2022 when we could still partner with the Cork 300 event. Meanwhile we would[…]