GHYC was founded in 1985 by a group of sailing enthusiasts from the shores of Glandore Harbour and further afield. Since, the club has developed steadily to become an important part of the sporting, cultural and social life of the area.

There are club racing fixtures during the season – from May to September. The highlights of these are the At Home Regatta on the June Bank Holiday Weekend, Glandore Regatta which dates back to 1830 – in mid-August, and a Dragon championship every few years.

In addition there is the bi-annual Classic Regatta, usually held in July, which was first run in 1992.

August 16th 2013 saw the Official Opening of the GHYC Club House, the opening was performed by Simon Coveney, TD, Minister for Agriculture, Food and Marine

This was only achieved by a considerable amount of volunteer work by a number dedicated club members. the Club House will provide a valuable base for it’s members and much needed facilities for the Juniors, who are the future of the club.

Thanks to the continued fund-raising efforts of our committee and members we were able to purchase the adjoining yard in 2015. With a lot of work, it was cleared out, concreted over, and a workshop/store constructed in 2016. The addition of a roof created an all-weather space, the new Pavilion, in 2018. 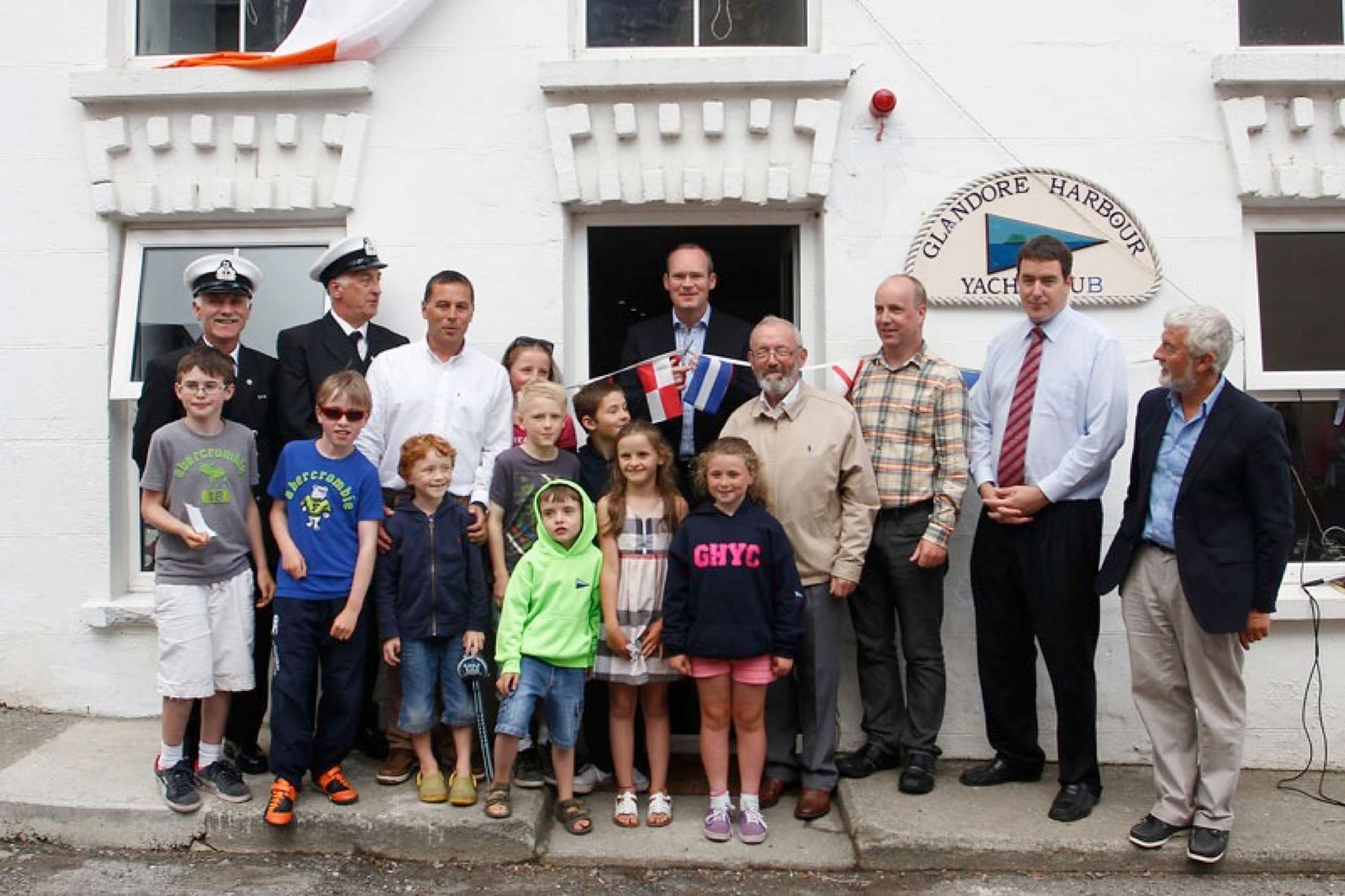 Prior to the Club being set up in 1985, there are references to Sailing events in the 1830’s and in order to get a more complete History of the Club, the current Club Committee are trying to establish were we can get that information. If anyone knows were that information can be sourced, then please advise one of the Committee members.

In the meantime, with thanks to Kieran O’Donoghue, we have managed to obtain copies of the 1986 and 1988 Newsletters, which make some interesting reading with some of the references to Cup winners at the time. Please note that in the coming months the Club will be releasing the Cups and Trophies Handbook, which contains the history of winners for each Cup/Trophy and the references within these two Newsletters ties up with what is in the Handbook.

You can download the Newsletters from the links below,  we do encourage you to read them, the 1986 Newsletter has a special piece on the 12,000 mile 80th Birthday Cruise of Don Street’s Iolaire.