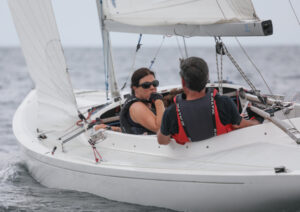 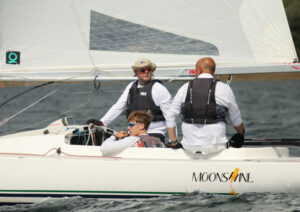 The combined fleets of Dragons and Squibs raced to Castletownshend on Saturday before a light but steady southeasterly breeze and in beautiful sunshine. The majority of the Dragon Fleet chose to stay on or south of the direct line after rounding High Island but Sonata with helm Kevin Hayes and crew Deirdre Potenz & Paul Beechinor stood well inshore  and away from the main fleet. Sonata were rewarded for their efforts when they emerged from under Skiddy Island just ahead of the main fleet with everyone entering Castletownshend in a variable, lessening breeze, the fleet compressed and places were won and lost in the final beat but Sonata hung in there to snatch victory and the Mary Ann’s Shield. They were followed not long after by the winning Squib:  Trojan, Sean Thompson and Mary Casey, who lifted the shield for an incredible fifth year in a row. It was truly like old times as the fleets were finished by old friends John & Ann Williams from the rocks in Castletownshend.  Over eighty members and friends enjoyed a great meal and good company in the care of Fergus and his staff at Mary Ann’s. The club would like to again acknowledge the friendship, welcome and generous sponsorship received from Fergus O Mahony. 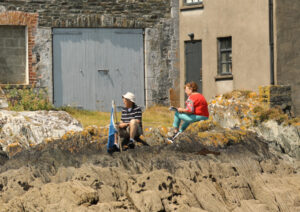 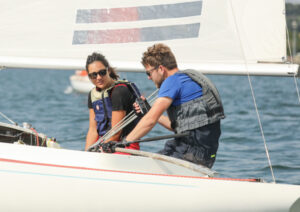 Suitably refreshed, the fleets hoisted sail and prepared for the downwind start, as briefed by Race Officer David Forde, which moments before the gun resolved itself into a beat into about 4 knots of breeze . Sonata again led the charge followed by Aphrodite helmed by stand in helm Peter Hayes.  Team Moonshine, Jamie Frame and crew Commodore Tim Forde and Tiarnan Brown broke from the procession onto starboard, lured by a ripple of fresh breeze at  the point. This bet paid off and Moonshine cleared away to finish at Glandore with a significant lead, followed later by winning Squib, guess who ? Team Trojan ! Everyone adjourned for a great social evening and prizegiving at the Glandore Inn. In a change of tradition the winning teams received not live lobsters but very generous vouchers courtesy of Diarmuid O Donovan and Glenmar Shellfish Ltd.  Well done everyone especially the Race Management Team and thanks again to our sponsors. Everyone is now eagerly awaiting Karen’s memorial race to apply the lessons learned. Full results: GlandoreYC,com 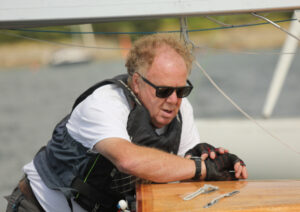 SAVE THE DATE- CLUB LAYING-UP SUPPER